Aquamarine - The birthstone of March 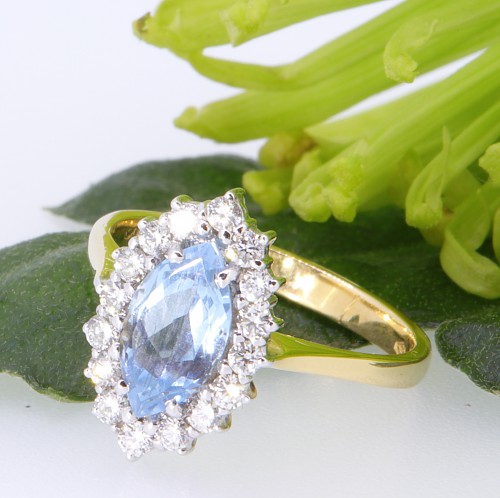 Aquamarine – The birthstone of March

The official birthstone of March is the elegant aquamarine. It belongs to the beryl family of gemstones, the colour can vary from sky blue to bluish-green, which is caused by small amounts of iron impurities whilst being formed. The stones are noted for their clarity and freedom of flaws, it is said to be as clear as water.

Aquamarine is named after its colour, which comes from the Latin, ‘water of the sea’. The most highly prized colour is a natural deep blue.

Aquamarine was used by early Egyptians, Greek and Romans sailors as a talisman of good luck, claiming the gem would calm waves and keep sailors safe on their sea voyages, it was often worn as a pendant or ring and believed to be the treasure of mermaids.

Romance is closely linked with the aquamarine, often given as a gift to married couples to preserve their love forever…